What Is Dong Quai (Angelica Sinensis)? + Can it Help Balance Hormones? 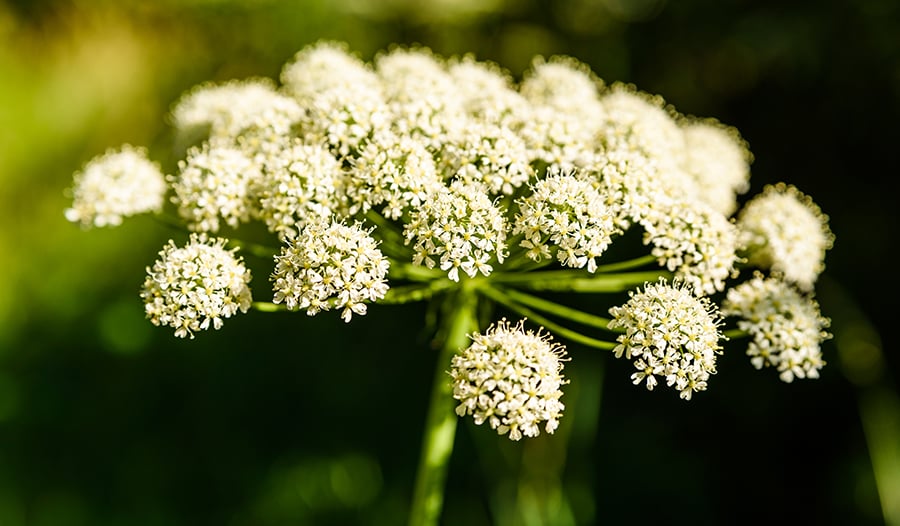 Dong Quai, or Angelica Sinensis, is known as the “female ginseng.” This coveted herbal ingredient has been used in Traditional Chinese Medicine (TCM) for thousands of years to help improve hormonal balance, increase immunity, and reduce inflammation in the body.

In Traditional Chinese Medicine (TCM), “Dang Gui” translates as “state of return,” which conveys its powerful ability to support and nurture the body. Dong Quai is one of the most used herbs and is known as the “women’s herb” because it is a potent blood tonic that helps support and maintain healthy menstrual balance in women.

Both women and men may benefit from Dong Quai’s ability to help:

Dong Quai grows high in the cold, damp mountains of China, Korea, and Japan. Dong Quai root belongs to the celery family, and its dried roots have been used for thousands of years to help restore health. In TCM, the upper part of the plant is used to treat ailments of the head, the middle part of the root is used to help maintain internal organ health and strengthen the body, and the tips of the roots, which are considered less tonifying, are helpful for moving blood.1,2

The Legend of Dang Gui

According to one Chinese legend, there was once a young married couple who lived happily. One day, the husband was forced to leave their home to prove his strength and courage by going into the mountains to survive the environment’s dangers and collect medicinal herbs. Upon leaving, he asked his wife to wait three years for his return. He stated that if he did not return, he was no longer alive, and she should find new love.

Three years passed, and he did not return, so she found a new love and remarried. Soon after, the husband returned, and both he and his wife were heartbroken that she had remarried. Her heartbreak weakened her condition, and she became ill-stricken from sadness, no longer wanting to live.

When he learned of her condition, the man brought her some of the herbs he had found in the mountains while he was away. She ate them, hoping they would be poisonous—but the herbs did the opposite, returning her to health. This herb was then named Dang (meaning “should/state of”) Gui (meaning “return”).3

Dong Quai is used in TCM to help balance women’s hormone levels by moderating the body’s production of estrogen. It may help ease menstrual and menopausal symptoms, including cramps, migraines, mood swings, night sweats, and hot flashes. Dong Quai is also used to help ease fatigue and speed recovery in women recovering from childbirth. It may also act as a serotonin reuptake inhibitor, which may help treat hot flashes.

Dong Quai may help increase the production of the hormone estrogen, which can regulate ovulation and promote fertility in some women. However, some women with hormone-sensitive cancers should not use Dong Quai because of the adverse effects of increased estrogen levels.1,2,3,4 Consult your physician or other qualified healthcare providers before incorporating Dong Quai into your daily regimen to ensure it is right for you and your needs.

Adaptogens are unique substances that balance the immune and endocrine systems and help the body maintain homeostasis. Adaptogens work at the cellular level to improve the function and vitality of every cell in the body, thereby increasing the health of the entire organism.

Dong Quai is a powerful adaptogen that may help protect the body from stress and disease, boost the immune system, and create balance in the body. It can increase vitality, stamina, and mental focus and has calming and grounding effects that can harmonize stress and anxiety.5,6

As with all herbal products, organic, wild-harvested, and wildcrafted Dong Quai supplements and products are best. When choosing herbal products, look for companies and formulators who value quality and are knowledgeable about proper formulations.

The quality of herbal ingredients matters greatly. Dong Quai, in particular, comes in a wide range of qualities from Asia—formulators should choose carefully to ensure an effective, balanced formula.

Panax ginseng is taken for a great number of medical conditions. The origins of this plant start in Korea, and it has been used for over 2,000 years since. Also grown in areas of China and Siberia, panax ginseng is unique—it should not be equated to other known ginsengs, such as the American or Siberian ginseng. Panax ginseng is also referred to as Korean ginseng, Chinese ginseng, or Asian ginseng.

Quercetin is a flavonoid known for its effects on the immune system. It may help protect our cells, have antioxidant effects, reduce inflammation, and more.