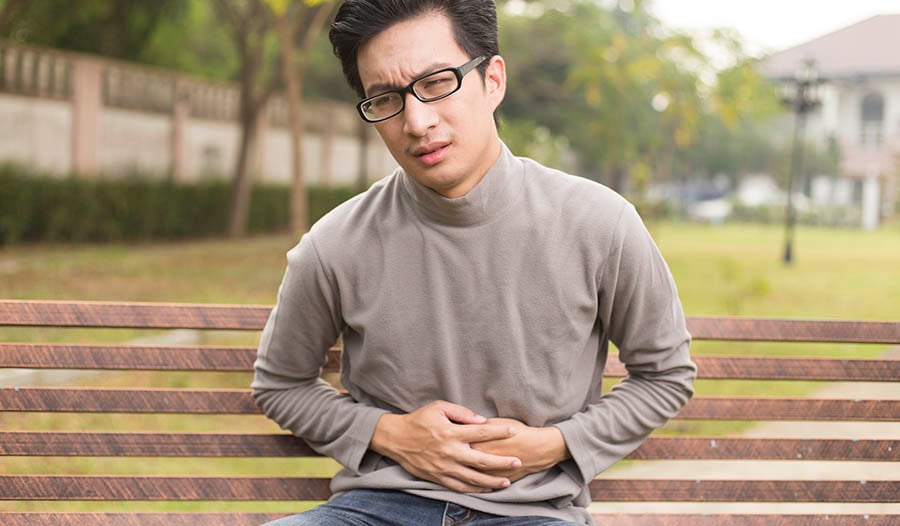 We have all felt symptoms of dyspepsia, an uncomfortable feeling in the stomach, at one time or another. It may be associated with indigestion, a sour stomach, acid reflux, or GERD—also known gastroesophageal reflux, which causes an acid-like, burning sensation in the stomach or, perhaps, throat. Dyspepsia can also be caused by gastritis, an inflammation of the stomach. The bacteria Helicobacter pylori (h. pylori) is believed to be the main risk factor for developing stomach ulcers and even stomach cancer, is frequently present in many who suffer from gastritis.

Why do these conditions occur?

Believe it or not, there are several theories. Some argue that the stomach is over producing acid while others suggest the stomach is not producing enough. Excess acid tends to be the most popular explanation, and the solution most doctors reach for when treating patients with stomach problems is anti-acid medication.

On the other hand, some believe that a lack of stomach acid is the culprit, as it causes the lower esophageal sphincter (LES), the muscle which separates the esophagus from the stomach, to relax. When the LES muscle is relaxed, even a small amount of acid can reflux into the esophagus, giving a feeling of too much acid. The LES muscle, it is believed by some,  fails to contract and protect the esophagus from acid reflux in the presence of insufficient acid.

Tobacco, fats, chocolate and sugar and certain medications can weaken the muscle. Overeating can also result in food pushing its way from the stomach back into the esophagus up to the throat.

Proton Pump Inhibitors (PPIs) are frequently used to combat the discomfort of acid reflux.  For most people, they should be taken for the short term.

Reasons to use Acid Reducer Medications:

Side effects of acid-reducing medications

Proton Pump Inhibitors, when taken regularly, reduce the body’s ability to break down food protein.  Proteins, in the presence of stomach acid, are broken down into amino acids, which are recycled by our bodies to make proteins and brain chemicals, like dopamine and serotonin.

This class of medications reduces absorption of vitamins such as vitamin B12, vitamin C and folate.  PPIs also reduce absorption of minerals like iron, calcium and magnesium.

In 2011, the FDA warned that magnesium levels can be dangerously low in people who regularly consume these medications.  Low magnesium can cause muscle cramps and heart palpitations. Magnesium is required by our bodies and helps enzymes perform over 350 chemical reactions. Reduced absorption of calcium and magnesium increases risk of osteoporosis. Additionally, a 2016 study showed an increased risk of acute kidney failure in people on these medications while other studies show these medications increase risk of developing dementia.

Those who have been on acid reducers, especially the PPI type, may need to wean off the medication as stopping abruptly may result in worsening acid reflux. To wean, most will take the medicine every other day for two to four weeks until symptoms resolve.  Do not stop taking your medication without consulting with your physician.

Assuming a person is having digestive issues from insufficient acid products, consumption of betaine HCL (hydrochloric acid) up to three times per day, before a meal, could be beneficial. Those with low acid production, and therefore decreased ability to digest proteins, benefit from betaine HCL according to a study in Molecular Pharmaceutics . A 2014 study showed similar findings.  Those with stomach ulcers and Barrett’s esophagus should NOT take this.  If the supplement causes discomfort, stop taking it.

A 2017 study gave patients with acid reflux a supplement which contained Betaine HCL and Pepsin. The results showed patients had reduced symptoms of reflux. A 2017 study in Digestive Diseases agreed that this strategy could be beneficial.

Digestive enzymes: pancreatin, bromelain and papain can also aid the digestive process. They can be taken in supplement form prior to a meal. Suggested dose: Take as directed on the label

Studies have shown the benefit of DGL licorice for decades. A 1968 study showed this natural medicine's ability to help heal stomach ulcers and intestinal ulcers. A 1978 study in the British Medical Journal showed it may also be of benefit in the prevention of stomach ulcers.

Studies show that patients with stomach ulcers have low levels of antioxidants, such as vitamin C, in their stomachs.  Low levels of gastric vitamin C is also a risk factor for stomach cancer.  Supplementation may be helpful in providing additional digestive support.  Suggested dose: 500 to 2,000 mg daily

Turmeric, also known as Curcuma longa and Indian saffron, is a rooted plant of the ginger family, often consumed for its anti-inflammatory, antioxidant, and digestive health properties. Curcumin, a chemical found in turmeric, is believed to provide many health benefits. While many people have used turmeric as a spice to enhance their food for over the past 4,000 years, turmeric has played an important role in natural medicine.

A 2001 study showed turmeric could help heal stomach and intestinal ulcers after four weeks of use.  A 2005 study showed that turmeric could help reduce excessive acid release of the stomach by blocking H2 receptors, which is what the prescription acid reducers famotidine and ranitidine do.  Lastly, a 2016 study demonstrated that this herb could also help reduce symptoms of acid reflux.  Suggested dose: 500 mg once to three times per day

A red pepper which contains the active ingredient capsaicin. Ironically, studies have shown cayenne's therapeutic benefit for digestion. A 2002 study showed red pepper could reduce symptoms of an upset stomach better than a placebo pill.  Suggested dose: As directed on the label.

Probiotics include a class of supplements composed of healthy bacteria. The most commonly used strains are Lactobacillus and Bifidobacterium.  Restoring bacterial balance and harmony to the digestive system is crucial.  A 2016 study confirmed those with dyspepsia have an imbalance of gut bacteria. A 2017 study in the British Medical Journal showed that restoring good bacteria in the stomach and gut using probiotics could be helpful in those with dyspepsia-related symptoms. Prebiotic supplements, which encourage healthy bacteria to grow,  may also be considered.  Suggested dose: 5 billion to 100 billion units per day.

Other supplements and foods which have shown benefit to the digestive process include essential fatty acids, chamomile tea, apple cider vinegar, and lemon juice.

In  Dr. Jonathan Wright’s 2002 book Why Stomach Acid Is Good for You, he provides a list of bitter herbs that have been shown to be helpful and stimulate the digestive juices necessary for healthy digestion. These herbs can be considered if diet changes and use of various supplements listed above are not adequate:

A Healthy Digestive System is Crucial for Health

The breakdown of foods starts in our mouth and further occurs in the stomach, which allows nutrients to be absorbed in our small intestine.  Our diet and gut bacteria microbiome strongly influence the efficiency of digestion. When diet and lifestyle changes are not sufficient to help with digestion, medications are frequently relied upon and can be very useful. In addition, supplements and herbs can help restore balance to the digestive system bringing one optimal health. Eat healthy, think healthy, be healthy!

Have an Upset Stomach? 5 Natural Ways That May Provide Relief

Having an upset stomach can be debilitating, but there are ways to find natural relief. Ginger, peppermint, fennel, digestive enzymes, and avoiding food triggers can help.

Ginger has many properties, including acting as an antioxidant, supporting healthy inflammatory levels, and managing symptoms of an upset stomach.

What enzymes can help me if I have trouble digesting gluten?